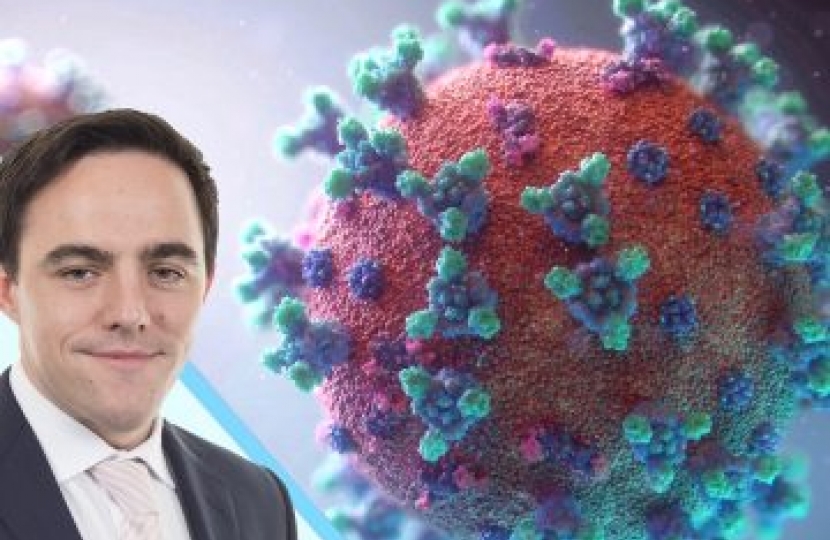 Much has been written about how the Government has stepped in to support the economy in dealing with the coronavirus crisis. Amongst the provisions introduced include the Self-employment Income Support and the Job Retention (furlough) Schemes, and support for businesses both large – with loans of up to £200 million – and small – a £500 million “Future Fund” for cutting edge start-ups. This is not to mention the increase in investment in the NHS and the welfare system. No matter your political predilection these are huge and laudable support mechanisms which have placed the economy into a government induced deep freeze. However, we stand at a precipice, not just as a nation, but also as a Party.

The measures could result in increased public sector borrowing north of £300 billion, a national debt level of 95% of GDP and a deficit of up to 5% by the time the next election comes around. The top-line implications of this are that the size of the State has boomed and will remain large for some time. So what can be done to recover in a way that enables us to retain the values of aspiration, societal progression and entrepreneurship which have seen the Conservative Party preside over this country’s most successful periods?

Firstly, addressing the economic recovery will be the cornerstone. We should remember that the economy is comprised of entities of critical national importance, which if left to fail would disproportionately affect recovery or even national security, for example aerospace, infrastructure and defence companies. It is right that those companies be given support, as indicated by the Chancellor, should they have exhausted every other available option. Project Birch outlines the nature of this support whereby, in exceptional circumstances, government loans could include an equity option meaning some loans could be transferred into an ownership stake, so the businesses themselves do not have to repay the cash. This is not as anathema to Conservatives as it may seem.

In normal times taking companies that are not economically viable under public ownership would be against free market principles. However, this economic pause was instituted by the Government and the most vulnerable companies, which are often highly operationally levered but otherwise profitable and economically significant, should be assisted. The nature of this equity stake, outside of a typical recession, is that there is significantly more certainty of being able to release that equity in a short space of time as conditions rebound – possibly for a profit. This process also opens up the possible opportunity for an embryonic UK Sovereign Wealth Fund, comprised of some government ownership stakes in industries of critical national importance and security. Not only would this provide an alternative source of income, it could boost resilience in a future where supply chains are seemingly more vulnerable. The fact that we have a highly economically literate Chancellor should fill us with confidence that our party can rise to this.

A second issue to address is the role of our public services. We must now surely, as a nation, understand that the private sector has a role to play in our healthcare that does not threaten the right to treatment being free at the point of delivery. This crisis has demonstrated that the Conservative Party unequivocally supports that mission, with even the Prime Minister availing himself of such services. What it also demonstrates is the huge advantages of private sector expertise in generating capacity through building new hospitals, manufacturing more ventilators, researching and delivering new treatments, and even in logistical supplies.

The German universal healthcare system, which has emerged as a beacon of success, is mostly free at the point of use, paid for by a social insurance contribution into a health fund – Gesundheitsfonds – taken from pay at source alongside an employer contribution. In Germany roughly a third of hospitals are owned by the government with a third private and the final third run by churches and charities. The private element, which still treats patients covered by public health insurance, is “for profit” and receives over 60% more investment than public hospitals. The nature of this decentralised system allows much more flexibility and the investment allows for more innovation. These two advantages can then be shared across the whole system. An approach which supports individual choice and endorses real competition has clearly yielded better results than a centralised system. Devolution has long been a pursuit of Conservatism; we should apply it to our healthcare, too.

The final key area that needs to be addressed is the social safety net. It will be a lasting legacy of this crisis that the support given has vastly exceeded Churchill’s second criteria of Conservatism; namely, to provide, “a safety net below which no one should be allowed to fall.” The first criteria was that Conservatism should also deliver, “a ladder on which everyone could climb.” As we emerge from this crisis real unemployment will inevitably increase and more people will become reliant on the State for a period as the economy finds its feet again.

The Party has traditionally been the supporter of small businesses across this country and often cites them as the backbone of the economy. Whilst helping businesses in the traditional sense, we must also increase our focus on trade and skills training to boost Britain’s manufacturing base and strengthen those smaller enterprises. The repositioning of student priorities and some Universities fundamentally altering their way of teaching presents an opportunity for apprenticeships and other alternative education avenues to flourish. A successful economy relies on a diverse base of training and talent. The Government should remember that it is the Conservatives who are truly the party of working people, and should look to not only invest but also train our way out of this crisis.

During a period of uncertain fragility, it is useful to return to the basics of the reasoning for why we do what we do. The Government has faced a unique challenge in the last three months, but it must also remember that the public elected it not just to deliver on a single issue but to run this country, soundly, for five years in their name. Adopting a Conservative values based mind-set for recovery will ensure that duty is met and exceeded.

Link to original, published on FreeMarketConservatives.org on 01 Jun 2020.